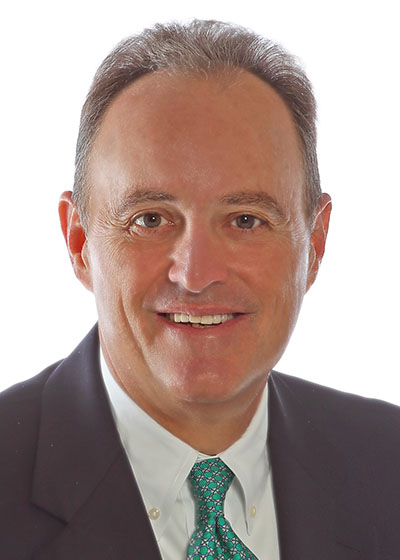 Mr. Visconsi is the Managing Director of Retail at Hanna Commercial Real Estate. He is responsible for overseeing the retail brokerage team that represents over 70 national and regional retail chains with an emphasis on markets in Northern, Ohio. His team also handles the leasing of over 4 million square feet of retail and shopping center space.

As a tenant representation and restaurant specialist, Mr. Visconsi has provided services for exceptional national retailers such as Dunkin Donuts, Borders, Gap/Old Navy, Best Buy, Macy’s, Talbot’s, ULTA Cosmetics and First Watch. He has also been involved extensively in commercial land assemblage for both large shopping center parcels and prime, hard corner development sites. Most notably, he was instrumental in the strategy and implementation of market entry plans for both Walgreens and Starbucks.

Tony Visconsi and Richard Kelly co-founded Kelly & Visconsi Associates (KVA) in 1995, where they established themselves as one of the top retail brokerage companies in the Cleveland region. The group merged with Hanna Commercial Real Estate in January 2016 to help expand their scope and level of real estate services. At KVA, Tony was the managing partner, responsible for all aspects of the business.